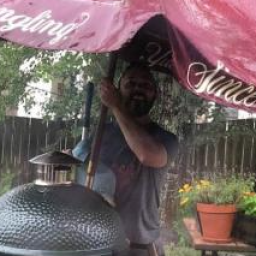 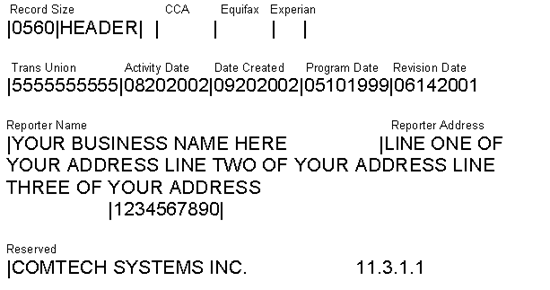 In these chaotic days for the accounts receivable industry, it’s important to take note of good news coming from court decisions. So, here’s today’s bit of good news: on April 28, 2021, in the case of Davenport v. Capio Partners, Case No. 20-cv-01700 (M.D. Pa. 2021), a district court granted the debt collectors motion to dismiss finding that (1) failing to follow Metro 2 guidelines is not actionable under the Fair Credit Reporting Act (FCRA); and (2) a Fair Debt Collection Practices Act (FDCPA) violation related to credit reporting accrues at the time the debt is reported.

It’s important to note that the court must treat the complaint’s allegations as true on a motion to dismiss (the motion this court decided in this case). According to the consumer’s complaint, accounts for unpaid medical services were placed with Capio Partners, LLC (Capio) for collections. Capio began reporting the accounts to the Credit Reporting Agencies (CRAs) as medical collections in September 2017. Upon receiving notice from its client in early 2018 that the accounts had been paid by insurance, Capio closed the accounts. However, instead of using the Metro 2 special comment code of “BP,” Capio closed the accounts as a “paid collection” (i.e., that the accounts were delinquent, placed in collection, then satisfied). In November 2019, upon receipt of a dispute from the consumer, Capio deleted the tradelines for the accounts. According to the consumer, these facts amounted to a violation of the FDCPA and the FCRA.

The FDCPA has a one-year statute of limitations. In her complaint, the consumer alleged that Capio marked the accounts closed in early 2018. Therefore Capio did not report the accounts again after mid-2018 at the latest. In holding that the consumer’s FDCPA claims were time-barred, the court relied on a line of cases that state “an FDCPA violation based on false credit reporting occurs on the date which the debt collector reports the debt to a CRA.” Thus, because the last possible date Capio reported the debt was in mid-2018, the latest possible date the consumer could have filed her suit would have been mid-2019. Since the consumer did not file her complaint until late September 2019, the court concluded FDCPA’s one-year statute of limitation had elapsed.

The consumer attempted to avoid the statute of limitations by arguing that Capio had a continuing duty to correct the tradelines to reflect ‘paid by insurance,’ and the failure to do so violated the FDCPA every time a credit report was generated. The court expressly rejected this assertion, holding that the FDCPA does not impose an affirmative duty on furnishers to correct or modify previously reported information; just because the trade lines appeared on the reports does not mean that a furnisher is continuing to provide that information. Finally, the court noted, there was no authority to support the consumer’s contention that deleting a tradeline of a closed account can violate the FDCPA.

The FCRA imposes a duty upon furnishers of information to provide accurate information, and a furnisher must conduct an investigation after receiving a consumer’s dispute. Further, per 15 USCA § 1681s-2(b)(1)(E)(i)-(iii), if the disputed information is inaccurate or incomplete, the furnisher must promptly modify, delete, or permanently block the reporting of that information. Despite the statutory text, the consumer alleged that by deleting the tradeline after she submitted her dispute, Capio violated the FCRA. The court disagreed, reasoning that the FCRA does not prohibit the deletion of a closed account. Instead, it specifically authorizes a furnisher to delete the tradeline if it finds the disputed information is inaccurate.

Finally, in concluding the consumer failed to state a claim under the FCRA for which relief could be granted, the court rejected the consumer’s contention that Capio violated the FCRA by failing to follow the Metro 2 industry guidelines. The court pointed out that when assessing the sufficiency of FCRA claims based on allegations of a furnisher’s noncompliance with Metro 2 guidelines, courts have been reluctant to recognize a cause of action. In support of its holding dismissing the consumer’s complaint, the court relied on cases that held “the FCRA does not mandate compliance with Metro 2 or any other particular set of industry standards” and “industry standards for consumer data are not the law of the land.”

The court’s order can be found here.

The holding here is certainly not a reason to ignore Metro 2 policies and procedures. While FCRA procedures are a must for any entity which is furnishing information to CRA’s, and following Metro 2 guidelines is certainly a best practices approach, it’s good to take stock of cases like this. If, for no other reason, the holding here may allow accounts receivable entities which find themselves on the receiving end of a suit alleging nothing more than a violation of Metro 2 guidelines to dispose of such cases efficiently.

Did you know over 50% of cases relevant to the industry actually have positive outcomes? If you want insight into all of the relevant cases with the ability to search by compliance topic, give our Case Law Tracker a spin. Our weekly roundup will help you see at a glance both the positive and the negative decisions in a given week, and our search tool can help you easily filter positive and negative results by topic.

Let’s Talk About You

Tell what you can do for your visitor and how your service can help.

Get this Free E-Book

Use this bottom section to nudge your visitors.

Please log in again. The login page will open in a new tab. After logging in you can close it and return to this page.